SPRINGFIELD — Installation of a 10.26kW Solar Photovoltaic System at Prairie Engineers Springfield office location began on Monday, September 29th and was completed on Friday, October 3rd. This all-American made system comprised of (38) SolarWorld 270 watt black on black modules, (38) Enphase M250 microinverters complete with monitoring, and Unirac’s Solarmount racking, is estimated to produce 13,490kWh/yr. of electricity for its owners. David Parker of MMLP, Ltd. completed the structural engineering necessary for permitting. The construction portion of the installation was completed by Jon Lock Home Improvement and the electrical installation was completed by Nadler Electrical Contracting. Michelle Knox, owner of WindSolarUSA, Inc., served as developer, designer, product procurement specialist and on-site project manager.

Upon completion of the structural updates necessary via the engineering report, the construction team began by installing roof flashing upon which the L Feet would be mounted. The L Feet serve as the support system for the racking rails, which were installed in the next phase of construction.

Once the roof flashings, L feet and rails were in place, the Enphase microinverters were mounted to the rails. Each module receives one microinverter which serves to convert the direct current (DC) power that the modules produce to usable alternating current (AC) power at each module. 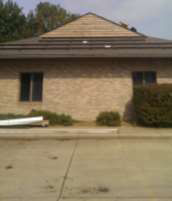 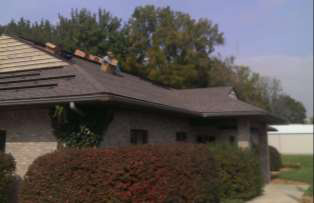 The electricians next ran the trunk cables that tie all of the inverters together in several strings. These strings were connected to central combiner boxes that allow the stings to be combined into one AC string that can then be taken to the exterior AC disconnect located at the meter base and fed into Prairie’s main service panel to supply power to the building. 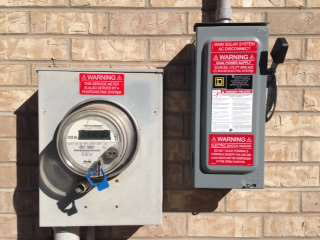 The (38) modules were next mounted in two different arrays: one south facing array maximizing that available space, with the balance being mounted along the top ridge of the east facing slope. Once the modules were mounted, the electricians finished the job by grounding the modules and inverters for safety and completing final interconnections. 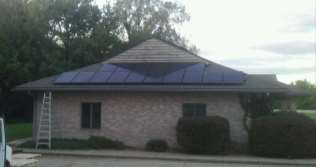 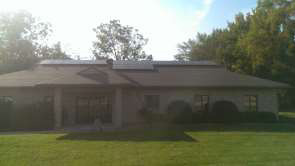 The module level monitoring system will allow system owners and other interested parties to view system production in real time and historically over the past seven days, month, year, or even since the time the system became operational. 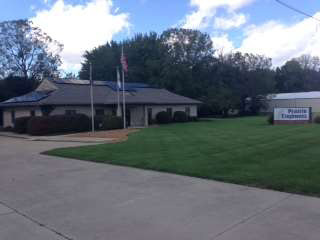 Thank you to the owners and staff of Prairie Engineers for “going solar”!