the capital city…municipal and cooperative utilities are now included in the funding opportunities of the Future Energy Jobs Act! In the last issue, we reported that the Illinois Commerce Commission was evaluating whether munis and co-ops should be excluded per a ComEd exception that was filed with the ICC and initially upheld by an Administrative Law Judge. However, the five commissioners that reviewed the initial ruling overturned it and ruled for inclusion. This was a monumental victory for the residents and businesses located in municipal and cooperative utility territories in terms of funding opportunities to “Go Solar”!

Solar has been steadily growing in Springfield and the surrounding area. The table in this article, provided by CWLP, lists the number of residential and commercial installations that have occurred in our city since 2013. 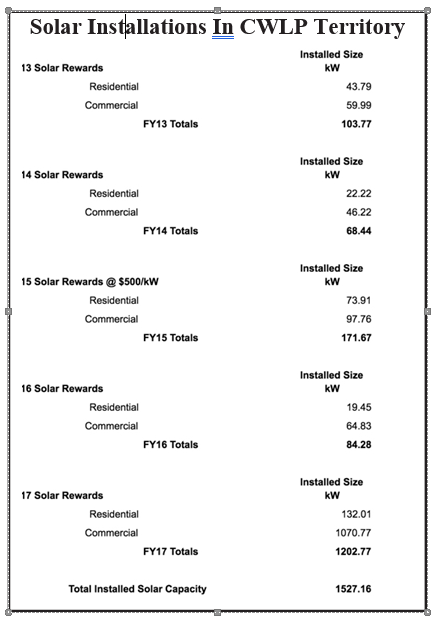 It should be noted that CWLP offered “Solar Rewards Rebates”, starting in 2013 and ending at 2015FY year end, that incentified solar development within their territory. However, renewable energy credits, offered since 2015 in Illinois, have picked up the amount of the rebate and then some. The large jump in commercial solar development noted in 2017 can be attributed to a solar carport installation at Crawford, Murphy and Tilly and a flat roof installation at Target.

A barrier that previously existed to going solar was funding/financing. Last year, three local banks agreed to partner with WindSolarUSA to finance projects.  This year, Town & Country Bank has taken that commitment to a new level by partnering with us for both residential AND commercial loans. Their management team has taken the time to become educated on solar technology, the benefits to consumers who choose to go solar and the funding mechanisms that help to provide

paybacks of around three years for commercial installations and five years for residential projects. Having local banks interested in short-term financing of projects removes one of the barriers that had existed previously…having funds   to pay for the project up-front. Local funding opportunities has now removed that barrier allowing more home and business owners to take a look at solar.

Newly imposed solar tariffs have helped American manu- facturers to be competitive with foreign manufacturers. In fact, one of the module manufacturers that we represent is expanding operations and building a new production line to facilitate the production of 72 cell modules that are used on larger commercial and utility scale projects. They are tenta- tively looking at building this production facility in Tennessee. Having a manufacturer located in the Mid-West will help to bring shipping costs down which then gets passed on to consumers via reduced project pricing.

Lower product prices, a “solar friendly” utility, great state and federal incentives and local finance partners have posi- tioned Springfield to be a great solar city. Our hope is that the above work together to create solar contagion through- out the city and spread the solar disease to many home and business owners looking to effectively hedge against rising utility costs and provide a level of sustainability and self-suf- ficiency for their families and businesses. 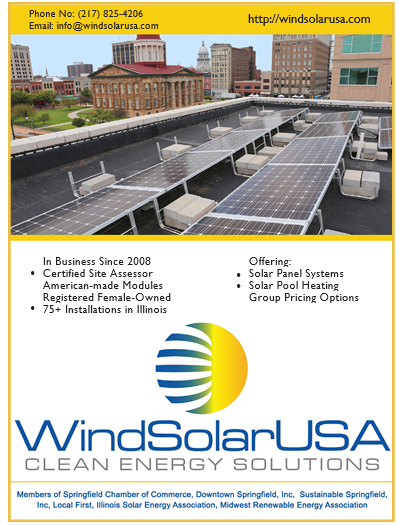 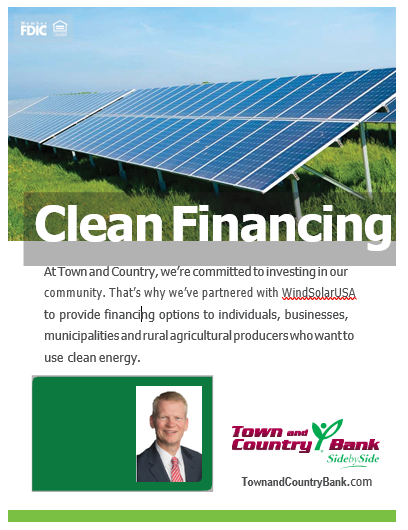 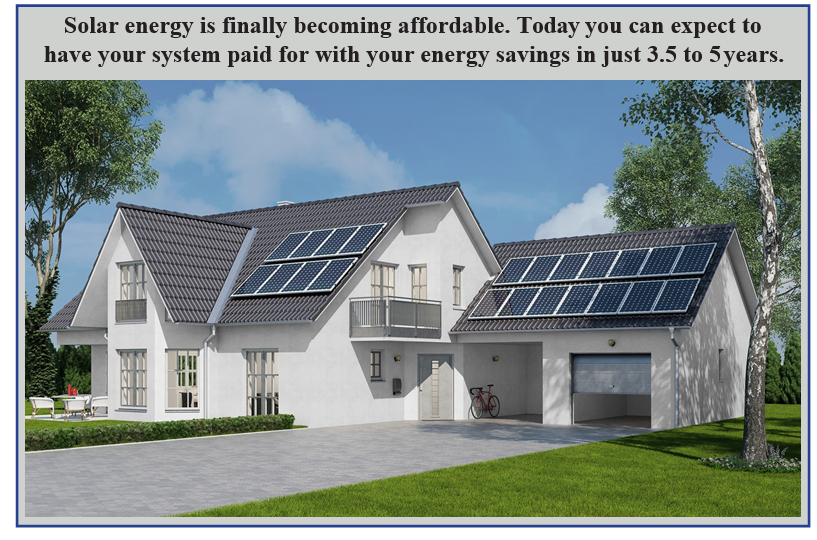